Skip to content
What are the key benefits of MACH to businesses? 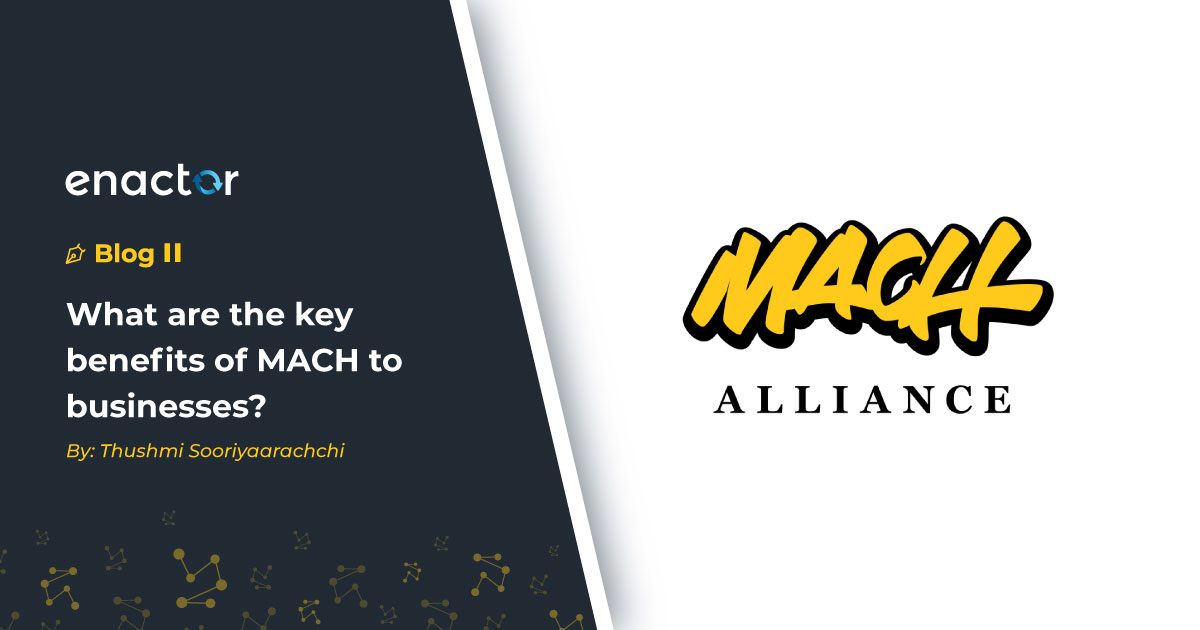 How does the MACH architecture help modern retailers?

MACH architecture is the future proof current industry best practice adopted by the next-generation of Retail & Commerce Tech companies. It’s structured as a composable enterprise which is an efficient take on open and connected technologies. As detailed in our previous blog on MACH, the four primary elements of the MACH architecture includes Microservices, API first, Cloud Native SaaS, & Headless, to deliver the agility needed in modern retail.

Store Systems need the advent of MACH technology to fit the post-pandemic times. Primarily focusing on cost-cutting and increasing rewards, retailers can move and scale with agility & self-sufficiency at their core.

Automatic Updates: This is a true paradigm shift with platform-wide updates that are automatically released without the hindrance of disruptive downtimes, licensing or any other financial commitment. This promises continuous improvement which is majorly due to the compatibility of code that MACH technology can smartly analyze.

Low Risk – High Flexibility- High Speed: Since MACH primarily eliminates monolithic architecture and is built with Headless Microservices & APIs from the ground up, the agility to release rapid rollouts increases the speed to market. It further grants retailers the most important ‘liberty to design’ feature, that embodies the true value of Headless Microservices. Prioritizing innovation & iteration has never been easier!

Industry Best Practices: Moving from cumbersome to self-sufficient retailers with MACH, most certainly establishes best practices and a code of conduct between software writing firms that follow through with discipline. This ultimately eliminates the resistance to change attitude and further increases the rapport & relationships between organizations as a consequence of peer-to-peer networking.

Business Visibility: By joining the prestigious MACH Alliance, businesses like Enactor can gain both increased visibility & best-of-class recognition. It is always a plus to be actively involved in innovative projects such as the ‘MACHathon 2021’ which showcased post-covid solutions for businesses and proving hands-on agility.

Ease of Integration: As APIs run the operational intermediation between platforms and systems, third party system integrations such as warehousing units, CRM platforms or partnership alliances that carry promotions, are ensured to be seamlessly orchestrated between the devices that it is 100% frictionless to the end user.

Financial relief: As the MACH technology moves with the Cloud Native SaaS architecture, the engineering process can be incremental to costs. Thus the cost of conversion to MACH can be significantly lower as opposed to an overnight implementation. If at all, if a fully augmented MACH system is being considered by a business, then the long-run benefits of MACH will eventually outweigh the outright costs associated with the conversion. This will speak in favour of the price-sensitive CFOs, who might be currently oblivious to the potential cost benefits.

Future of Enactor with the MACH Alliance

Enactor is a key disruptor hitting the Global Retail-tech industry. We are the ONLY unified Headless Commerce, OMS & Store Systems Solutions provider within the MACH framework. Our framework is inherently MACH & follows a flow-based architecture. With the enrollment to the MACH Alliance, not only can Enactor demystify the high tech buzzwords to our potential customers, but also boosts clarity between the positive correlation of speed & flexibility when built with MACH.

The MACH Technology is a simple engineering marvel that can rapidly cater to sophisticated customer needs!

About the Author: Thushmi Sooriyaarachchi