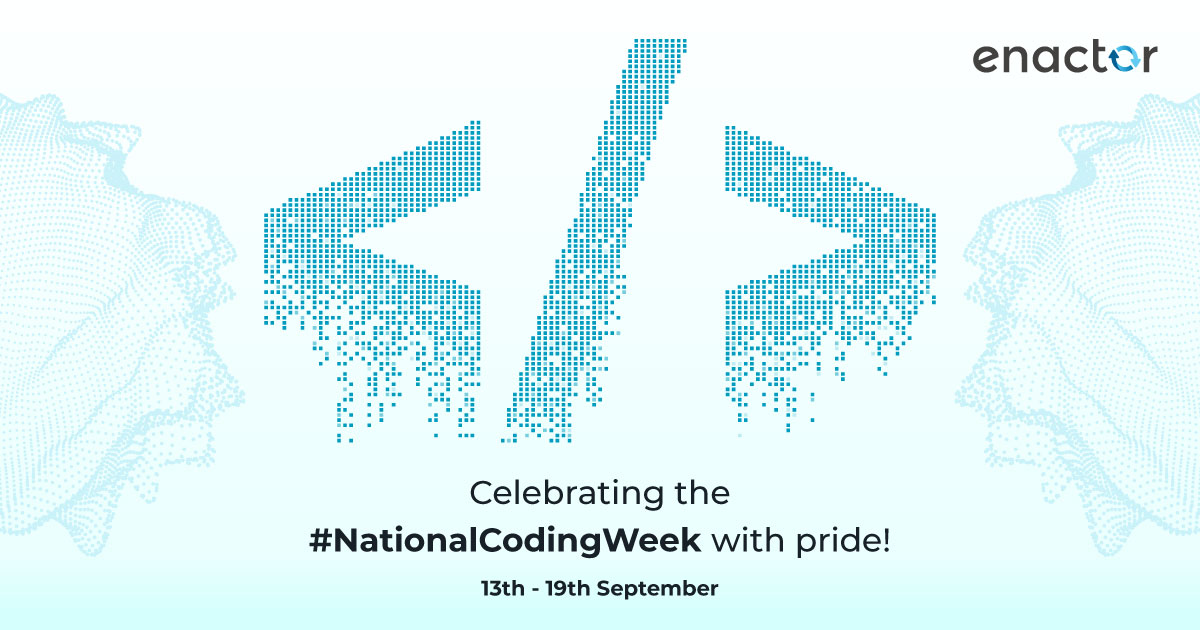 The National Coding Week reminds us of the importance of digital literacy. The National Coding Week is an annual volunteer-led event that intends to bring coding and digital literacy to adults and children in a fun and engaging way. During this week, 13th – 19th September, volunteers from different groups such as schools, libraries, hubs, businesses and NGOs take part in helping adults and children learn digital skills and coding. As a tech giant, Enactor acknowledges and encourages people to get involved in supporting each other to fill the growing digital and coding skills gap.

Walking through the History

The national coding week was founded in 2014 in the UK by former headteacher Richard Rolfe and tech entrepreneur Jordan Love. The very first National Coding Week took place during the week of September 21, 2014. Richard Rolfe and Jordan Love began this initiative as they were motivated by the training they provided to a group of unemployed individuals in coding skills helped to open doors of employment for many of them.

Why does it matter?

Learning digital skills helps individuals to adjust to the rapidly changing world. Especially in a post-pandemic era where the world is gradually transforming into complete digitalisation, people with digital skills gaps feel abandoned. Especially adults, unlike the Millenials and Gen Zers who grew up in a digital era, aren’t as skilled as they need to be. Hence, it’s time to support to fill the digital and coding skills gaps among everybody.

Digital literacy will also reduce unemployment, enhance women empowerment, create awareness of the dangers and precautions of technology and help to understand the basics of online safety.

As a prime disruptor in technology, we desire to see a digitally literate world, and we constantly strive for technological development.