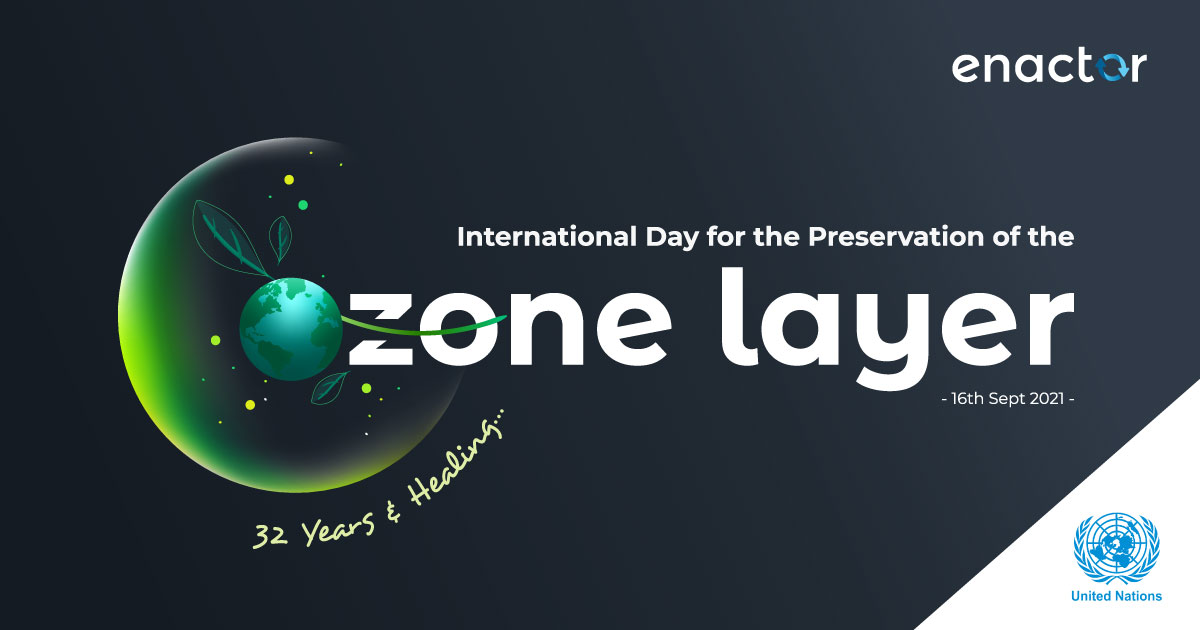 Keeping us, our food and vaccines cool!

World Ozone Day is commemorated annually on the 16th of September as originated by the United Nations. It is designated to raise awareness and educate societies about the depletion of the Ozone Layer and generate possible solutions to preserve it for a sustainable future.🌍🌿

Bearing the Pandemic in mind, the theme for this year has been set as – Keeping us, our food and vaccines cool!

What Is The Ozone Layer & Why Do We Need To Protect It?

The ozone layer is a fragile shield of gas encircling the planet. It is integral to preserving life on earth and is vital to human wellbeing. This acts as a protective layer from the sun’s Ultraviolet (UV) rays and its harmful radiation that can directly penetrate the earth’s surface.

The ozone layer is constructed of a highly reactive form of Oxygen (O3), where it sits in the upper atmosphere known as the stratosphere. The concentrated gases in the Ozone reflect the direct sunlight and filter only an essential amount into the earth. Exposure to UVB radiation is directly associated with alarming levels of global warming, damage to human health, plants and even the marine ecosystem.

Sunlight does make life possible, but the ozone layer makes life as we know it possible!

The Culprits Of Damage

Human activity and manufactured chemicals identified as Halocarbons, Chlorofluorocarbons, HCFCs and greenhouse gases are responsible for the depletion of the ozone layer. It has a finite capacity for absorbing chlorine atoms in the stratosphere. Thus, negligent human conduct had contributed to eradicating the Ozone much faster than it could be replaced. Consequently, the years-long consumption of these ODS substances had led to a developing hole in the ozone.

Over the past 30 years, humans have made progress in controlling the damage to the ozone layer, but more remains to be done!

The scientific confirmation of the depletion of the ozone layer prompted the international community to establish measures to restore it. Thus, intending to phase out ozone depleting substances, the Montreal Protocol was enacted in 1987. It set out strategically built timetables with environmental controls to curb the use of ODS. These also slowed down climate change and continue to boost energy efficiencies in the cooling sector & food security.

Thanks to the mobilization of the Montreal protocol, followed by the Kigali Amendment and wider efforts of environmental friendly laws, we have effectively reduced the HFC consumption, introduced climate-friendly technologies and even improved cold chain efficiencies.

Similarly, Enactor is all about improved efficiencies and evolving technologies. Whether it means “going green” or general practices that follow a low carbon footprint, we always promote sustainability and keep forward-thinking visionaries in our best interests!