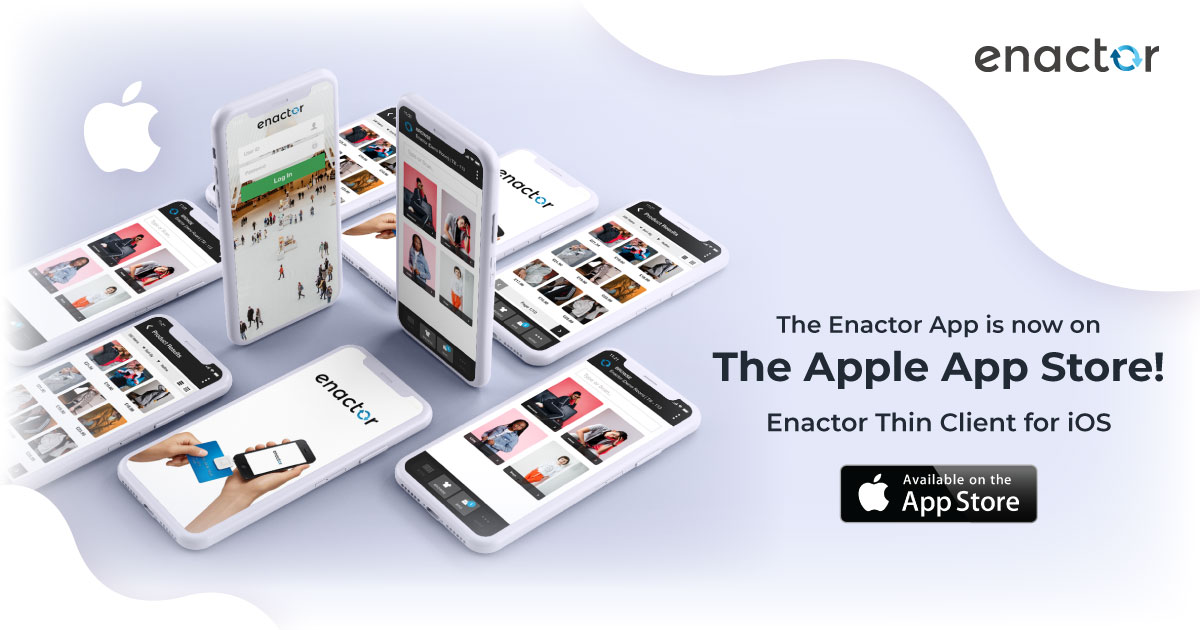 Enactor has had many successful iOS Thin client deployments over recent years, with over 3,000 devices rolled out across customers in all territories. Now Enactor’s customers & partners can simply download the Enactor App onto their iOS devices and point it towards their Enactor system.

When the Thin Client App is configured to deliver the Enactor Retail POS, it features a full suite of functions for product selling in the modern Retail store:

Our major retail clients such as Harrods, River Island, Dunelm and many others have been extremely successful in using the Enactor thin client, which is now available on the App Store.

Sidath Dissanayake – Enactor Director of Development & Architecture – “Since day one we have always had the mantra that our store applications should be cross platform and our Enactor Thin Client apps are a critical part of that. Over the last few years many of our customers have used our iOS Client as part of successful iPad or iPod-based deployments.

We are always thinking about new ways to make our technology more accessible, and for anyone to be able to download the Enactor client onto their Apple devices brings new possibilities for rollout.”

Enactor is now working on doing the same for the Enactor Android Client on the Google Play Store.